Deed restrictions are like contracts. They are enforceable by the parties to the deed restriction (not the local government) and their successors. This would often include the developer for a limited period of time and all of the subdivision property owners. Unlike zoning, the federal HUD Code preemptive provisions and similar provisions in state law regarding modular homes have no effect on deed restrictions because a deed restriction is not a governmental action.

Deed restrictions that prohibit the construction of a manufactured or modular home are extremely difficult to overcome. Your chances increase, however, depending upon several factors. First, check the actual wording carefully. For example, a restriction that prohibits “trailers and tent camping” would likely be found to be inapplicable. Similarly, a deed restriction that substantially predates the HUD Code or UDC might also be found to be inapplicable. Generally, the law favors the unrestricted use of land and deed restrictions are to be read in a light most favorable to unrestricted use. Ambiguities are generally resolved against the drafter of the restriction.

Deed restrictions sometimes have other provisions that can come to your rescue. One is a time limit; some restrictions expire. Sometimes the developer is not in a position to enforce the restriction., but an architectural review committee is. These committees sometimes are not active, allowing almost anything to go. Their own inaction on other buildings may waive their right to act against your customer. Some restrictions permit collection of attorney fees from the other party. In a close case this can be turned against those seeking enforcement via a threat of reverse legal fees. The Alliance used this successfully in a recent case in Neenah. Where we suggested if the other homeowners lost the case, the industry would demand attorney’s fees.

The State Statutes provide that a modular home meets all building codes and is only subject to local control regarding setback and other land use issues. Similar, Federal law provides that a manufactured home must not be treated differently because the building code. The Wisconsin Housing Alliance has won two court cases regarding the HUD Code. The first was Collins v. City of Beloit In that case, the Rock County Circuit Court found that an ordinance requiring all mobile homes to be in mobile home parks did not apply to a manufactured home. In the second case, WMHA v. Town of Suamico, the Federal District Court of the Eastern District of Wisconsin found that an ordinance prohibiting manufactured homes was unconstitutional and in that case awarded damages to the industry for lost profits. HUD has also issues warning letters to local governments that ignored the law. 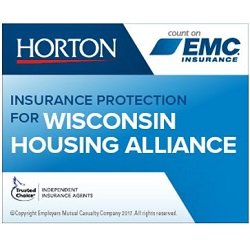