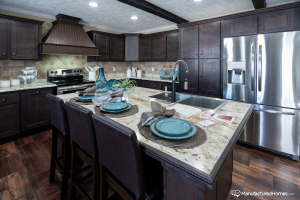 In a productive meeting with Sandra Thompson, the Acting Director of the Federal Housing Finance Agency (FHFA) recently, MHI discussed its recommendations to ensure that Fannie Mae and Freddie Mac (the Enterprises) increase their level of support for manufactured housing. In addition to suggesting improvements to the Enterprises’ Duty to Serve Plans, which FHFA has rejected, MHI also discussed the importance of helping to overcome local zoning and land use barriers to the placement of manufactured homes.

Speaking at a meeting of the Women in Housing and Finance Association last week, Thompson acknowledged one of the reasons the Enterprises were told to revise their 2022-2024 Duty to Serve Plans was because the goals outlined for manufactured housing were not sufficient. Further, during her confirmation hearing before the Senate Banking Committee to become the agency’s next Director, she stated that FHFA is focused on working with Fannie Mae and Freddie Mac to utilize manufactured housing as one way to address the affordable housing shortage. During the hearing, she acknowledged that local zoning ordinances can hinder the types of affordable housing that can be placed and reaffirmed her commitment to working to overcome such barriers.